{This talk was to be delivered in the convention held on 26-28 December 2008 in Calcutta by the Institute for Open Technology and Applications, a society formed under Department of Information Technology, Government of West Bengal (IOTA) to create awareness to create awareness in Free and Open Source Software (FOSS). However due to unavoidable circumstances it could not be done but was circulated in the convention.} 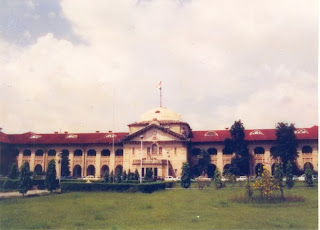 We, at the Allahabad High Court, not only use but advocate open source software (OSS) and open formats. Many raise the question,


Let me take this opportunity to explain it.

'Means are more important than the end:  it is only with the right means that the desired end will follow.'


His philosophy is deep rooted in law too. Lord Denning, one of the greatest judge of 20th century, in R Vs IRC Exparte Rossminster Ltd 1979 (3) All ELR 385 held,

‘But it is fundamental in our law that the means that are adopted ... should be lawful means. A good end does not justify bad means.'


In the field of Information and Communication Technology (ICT):
WHAT IS OPEN SOURCE SOFTWARE (OSS)?

The software consists of two parts
Nowadays, computer programmes are written in high level computer languages using compact English words. Only humans , but not computer an understand it. This part is known as source code.

The languages also have a programme called compiler and with its help, source code is compiled into the language that computers can understand. This is called object code or machine code. This runs the computer or any application therein.

Protection - Object Code
There was some debate as to how the object code is protected but Article 11 of the TRIPS mandates its members to provide authors with the right to authorise or to prohibit commercial rental of at least computer programmes and cinematographic works. This has also been so provided under Section 14(b) of the Copyright Act and now in our country, as in almost all other countries in the world, the object code is protected as copyright.

Copylefted, Free, and Gpled software
Everyone is not using Intellectual Property Rights (IPRs) to hoard rights in the software. Some are using them in such a way that no one is able to hoard them: by using copyright, they are doing opposite of what is normally done by copyright. It is for this reason that it is called copylefting. This happens if software has the following conditions:

Copylefted software is also called free software as there is freedom to modify it. General public licence (GPL) contains  conditions that copylefts a software. Software, under a GPL licence, is also known as GPLed software.

The philosophy of copylefted/ free/ GPLed software  conveyed an anti-business message. Though it not so: it is merely a way of doig business. In the late 1990's, a group of free software enthusias got together in California and started a consortium – called Open Source Initiative (OSI). They also drafted ten guidelines and if the license or conditions under which the software has been released satisfies these guidlines then they called it Open Source Software (OSS). Among the  ten conditions, the three important ones are,

List of these licenses alphabetically and category wise may be seen here and here.

Anyone can copy, distribute or modify OSS. No one infringes copyright by merely using or modifying it. This does not mean that it has no copyright. There is copyright in OSS. In fact, OSS is copylefted by using copyright. Anyone who uses OSS contrary to the conditions governing the license, not only breaches the contract but also infringes the copyright. This has also been so held by the US Court of Appeals for the federal circuit in Robert Jcobson Vs Matthew Katzer on 13. 8 2008.

Advantages of OSS
The other licenses lie between these two and may be chosen by the companies/software developers according to their need.
WHAT IS OPEN FORMAT?

Formats are particular way of encoding or a method of storing information so that a computer programme or a device may, understand, reproduce, and,  if the need be, render it for modifications.

Formats may  be proprietary. They could be,
This is not true for open formats. They are,

THE TORTOISE AND THE HARE

Let me explain open source software and open format with the help of a story from 'Panchtantra': this story has common thread in all cultures - it is there in Aesop's fables too. It is the story of a hare and a tortoise.

One day, the hare and the tortoise decided to race against each other. The hare obviously took the lead; he thought of relaxing and went off to sleep. The tortoise, walking slowly but steadily, overtook the hare and won the race. The moral is,

'Slow but steady wins the race'.

In recent time, some new chapters have been added to this story.

The hare was perturbed by the defeat. He asked the tortoise to race again. This time he did not take rest and won the race easily. The moral is,

'It is better to be fast and reliable'.

But, this is not the end of the story.

After some days, the tortoise asked the hare to race once again but with a condition that the course will be chosen by him. The hare, who was confident of his victory, gave him a free hand. This time the course included a river. The hare ran up to the river and then stopped. The tortoise came and swam across the river to win the race. The moral is,


'Every one has weak and strong points – play on your strong side.'

However, the story still does not end here.


'It is best to consolidate everyone's strong points'.

OPEN STANDARDS, FORMATS – GOOD MEANS
This is, what the open source and open formats are about. They,

It is 'Make love, not war' in atypical way. In term of Gandhi's philosophy, they are right means and are the key to the future: they will lead us to the desired end.

'You must be the change that you want to see in the world.'

Lead by example: show the world how changes can be effected. This is, why we use and advocate Open Source Software and Open Formats.

The first and last image - from Wikipedia

Popular OSS programmes that work across all Operating Sytems/ platforms:

The Allahabad High court was established on 17th March 1866. It has completed one hundred and fifty years. The period of internal emergency ... 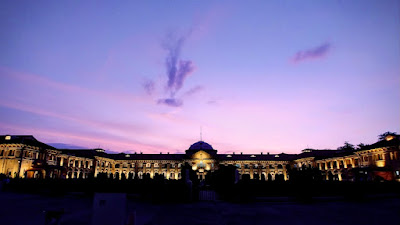